A chat with Eric Cloutier

You only have to look at Eric Cloutier’s gig roster from the past month to get a sense of his versatility as a DJ. Whether he’s making the crowd dance in the pouring rain during Labyrinth festival, playing to a packed dance floor at a Ukraine club, or opening one of his own nights at Paloma Bar in Berlin, Cloutier has steadily proven himself to be a master selector.

Ahead of this Friday’s b2b with Jane Fitz for Patterns of Perception, we caught up with Eric to reflect on a career that’s taken him from his hometown of Detroit to the techno clubs of Berlin, all while skating the line between house and techno.

I thought we could start by going back a little bit. Could you tell me about what first inspired you to get into electronic music?

So that was an initial kicking off point but then I got taken to a rave for my birthday (in around 1996) and that flipped the switch in my brain because I was so fascinated by it. I was really into the hardcore punk and metal scene so to do something the exact opposite of that really caught my attention. I guess it kinda happened by accident – but it was a good accident.

What was it that you liked about the electronic scene when you discovered it?

Well the hardcore punk scene was so closed-minded whereas the electronic scene was so free. They didn’t give a shit about anything other than, are you having fun? It was and always has been about forgetting about your problems. The rave was just about being free and shutting off your reality for a bit. The four walls and the sound system were just there to be your therapist.

(In) a lot of other music scenes, they focus so much on status. Especially when I was into hardcore and punk, they were so focused on whether you were straight-edged or vegan or if you had a particular political slant. At raves, they don’t give a fuck. Are you here to have fun? Do we like the same DJ? Cool!

It’s quite a different experience to how most people come to electronic music, to have been surrounded by it growing up the way you were.

The thing was I didn’t recognise it. As a kid, I’m just watching television and it’s on a car commercial or just some random thing. You just take it for granted that car commercials play Drexciya. Now in hindsight, thinking about it I was basically surrounded by it all the time. Still, to this day, on one of the radio stations Hot 97, at noon they do the High Noon Hot Mix, where it’s 30 minutes of booty and electro and ghetto. Just while you’re having lunch. It’s 170 beats per minute, a proper dance mix. This is a hip hop station that broke Eminem and played 50 Cent and stuff like this. It’s a gangster rap music station that wanted to respect what this city created. And they still do it. I love going home and I intentionally will be like, ‘Mom do you need anything from the grocery store?’ and get in the car at 11.45.

How do you think growing up in this environment influenced your sound today?

People use Detroit as an adjective when it comes to music because it is such a unique and specific sound, which in and of itself is a small burden to carry. Growing up in Detroit and having that as my pedigree, people expect you to be good. It automatically elevates me somehow to a different standard.

But the thing about Detroit is that it’s always blurred the lines between house and techno. It’s groovy but it’s not full-on disco-y dramatic. It’s techno in the loopy, functional sense but it’s not mindless and too cyclical and industrial, which is what a lot of music is now. There is no swing, no soul, no bassline to it. Every time I play Berghain, I intentionally go in there with a purpose of playing something more loose and funky, which is my style definitely. That’s what the Detroit style is. It’s not supposed to be so rigid and mechanical. It’s meant to have a swing and a sexiness to it.

I can imagine that coming from Detroit creates a bit of pressure in a way.

It’s funny because growing up there, for the most part, if your last name wasn’t Saunderson, Atkins or May – if you weren’t one of the main people – you were just a random person in Detroit. This is why almost everyone who is from Detroit, leaves Detroit. Because if you stay, you will never get higher than Moodymann or Carl Craig or Blake Baxter. You will be knocked down unless you can escape and prove yourself.

Did it help your career to leave Detroit then?

I was in New York for eight, nine years after Detroit. That was good because being close enough, there is still that mutual respect (between the two cities). Then coming here, if you’re from Detroit, you are held to a different standard. But if you can back it up, it works wonders, especially because Berlin and Detroit have such a close relationship with each other. I felt more comfortable being here and DJing because I just want to do what I like to do and not be held to some bizarre standard or requirement.

It’s interesting because I think many people would find being in Berlin very difficult because there are so many DJs here.

If I was just a newer, more unknown DJ, Berlin would probably be the last place I would want to go because the competition is just absolutely absurd. I moved here having a reputation and a history so I moved into a different bracket. But this city is not welcoming to just another DJ.

Do you think your sound has changed since coming to Berlin then?

I’ve found myself coming back full circle. Growing up in Detroit we had Richie Hawtin pretty much every week and he was the reason that I started DJing. I got into this very groovy, tribally techno sound. Then that fell out of being popular and minimal came around. Any DJ will in some capacity follow a trend. But then that went out, it got too ridiculous and stupid. I decided to flip it and go the opposite direction and go into very deep and heady and psychedelic stuff, which is when I moved to New York and started being involved with the Bunker. I was opening up for multiple different artists at the Bunker, so one night I had to play techno, and the next night I had to play house, and then the next dub. That started to change my sound a bit and I moved into a very psychedelic and trippy sound. Now I’m coming back and I’m using all of the things that I gained from those 15, 18 years and I’m now back to where I started off doing this tribally techno thing but it’s still in this hypnotic, psychedelic realm.

I think moving here, to me it was proof of concept and a confidence thing. What I’m now playing I don’t really hear other people in the city doing. So it was about seeing if it works but also pushing something new. Being here and doing something that is more fresh for people is important to me. So I’ve felt more comfortable going back to my original sound and it’s working. It’s nice to know that people in Berlin clubs are very open-minded and willing to take a chance on things. If they’re in a club, they’re going to stick it out and they’re going to listen and the biases are very small. Sure, they’ll turn on you very quickly if they don’t like it. But generally, people are tolerant of something new. 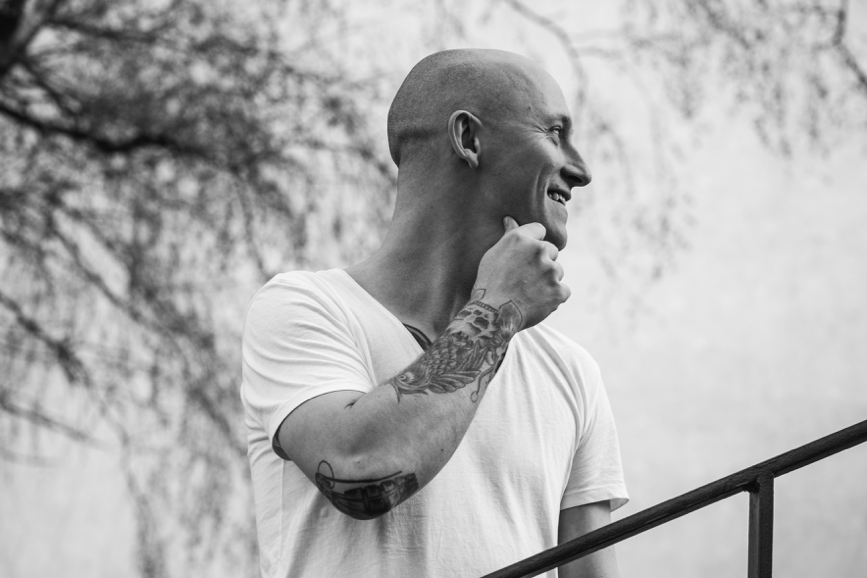 Being in this environment and playing a slightly different sound to what’s typically popular in Berlin, what inspires you then today?

I think that itself inspires me: being in this environment and hearing a lot of these redundant, uninspired, just predictable sets. Even from people who I really respect, sometimes they come here and they kind of change their sound, which is funny enough because people kinda do exactly the same thing in Detroit. You’re not doing yourself justice. You should always stick to what you believe in and your sound. If you do exactly what everybody else does then you become a cookie-cutter and why would I book you as opposed to someone who is potentially even cheaper and doing something slightly different? You’re not doing anything to stand out, you’re not being memorable. You want to be memorable.

It sounds like this could be quite frustrating as well.

I definitely get annoyed by what is becoming popular and what is getting booked and what is the ‘cool’ shit these days. But I have never let it faze me because I have always had my own sound and I’m going to stick with it. If you don’t like it, cool, there’s plenty of other people who you can get into. And I don’t want to ever conform because I know that it would translate incorrectly. People can smell a rat, a faker, super easily.

I don’t want to ever not be me because music is the only way that I express myself. So this is my thing, this is how I’m going to tell my story and if people want to get on board with it, fantastic. But I’m not going to be offended if they don’t like it.

Somebody told me recently they didn’t want to interrupt me because they thought I would be angry. I just looked so focused and locked in. Which I definitely am. When I play I’m in my own space. I’m generally very locked in when I’m playing because it is a lot of work. And it’s also my therapy in some sense. It’s my expression.

So it sounds like you have this same feeling of disconnecting when you’re playing that you discussed finding on the dance floor also?

Oh absolutely, but I take a lot of pride in my sets. I will never just pack a record bag and that’s what I’m going to play for the next month. Every single set, every party, I genuinely want it to be something unique and I don’t want to repeat myself. But once I get into it, two or three records in, I want to tell a story in some capacity so it’s also a reflection of my mood. It is therapeutic. I love playing, which is why I want to play longer and more interesting sets.

How does this change when you do a b2b collaboration with someone like Jane Fitz?

I don’t like doing them, in general, because historically it’s just a pissing contest. You’re one-upping each other and there is no coherence. But there are people who I respect, and who I know I’m on the same page with, that I will do them with. And Jane is the perfect example. Her and I absolutely love each other musically and we both understand the concept of doing a back to back – that it should be that we work together and not against each other. We always talk before so we’re kinda on the same page. But after that, it’s mostly about just having fun.

This is the third time you’ve played a b2b with Jane. What can we expect from your set this Friday?

We are probably going to play some things that we wouldn’t normally play and challenge each other in a sense. Her and I have an agreement that it’s one record each, and we only play vinyl. I think we’re going to have a pretty good time, so let’s see what happens. 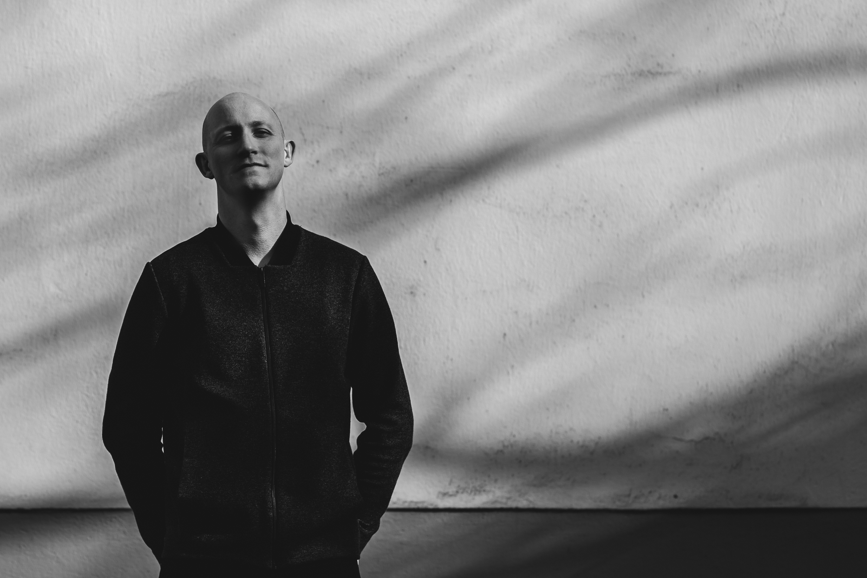 A chat with Jane Fitz